skip to main | skip to sidebar

Why Do Pastors Need a Sabbatical? 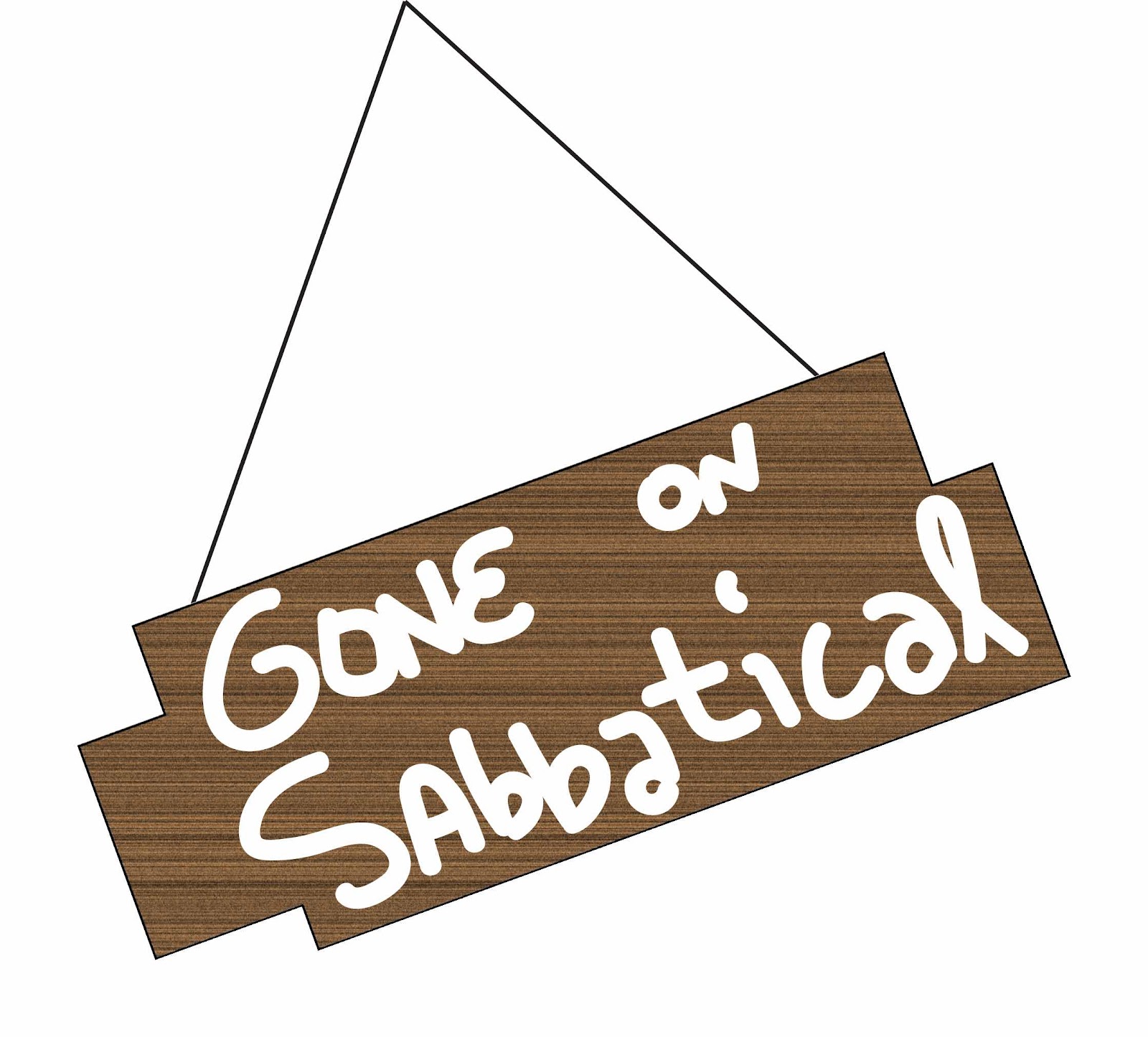 Why Do Pastors Need a Sabbatical?
by Becky Dietz
The very basis of the word “sabbatical“ is from the Hebrew word “shabbath“ which means intermission or sabbath rest.  God set up the sabbath for the purpose of rest—and we were to keep it holy or set apart.  Every seven days we were to rest.
A sabbatical is for the same purpose—to rest and to be renewed. Many universities give tenured professors a paid sabbatical after they’ve been there seven years.  The sabbatical is usually for a year—but could be anywhere from a month up to two years.  The idea is that the professor will travel, study, and rest and then come back renewed and energized to continue teaching the students.  Many companies are now seeing the value in giving their leading employees a sabbatical for personal enrichment and professional development.
Why don’t more churches give their pastors a paid sabbatical?   I believe most churches don’t realize the need or value it would bring.  And, more realistically, they probably don’t think they can afford it.  Not only would they be supporting their pastor during that break, but they’d also need to fill the pulpit while he’s gone. And then there’s the philosophy that if the layman doesn’t get that kind of privilege, the pastor doesn’t deserve it either.
Why DOES a pastor need a sabbatical?  Very few professions minister to body, soul, and spirit.  A pastor does. He or she spends time each week studying to prepare a sermon (or three), visiting and praying over the sick, doing weddings and funerals, doing civic and community outreach, ministering to people—even those who are not members of his church, counseling, helping, teaching, evangelizing, dealing with the finances or governing of a church, and doing many mundane physical jobs. The pressure a pastor feels is heavy.  The smaller the church, the more he may be required to do.  The larger the church, the more intense issues may be.  In short...a pastor gives and gives and seldom receives ministry. He gets very little real rest.  His mind is constantly planning and thinking of others and their needs.  His vacations are almost always interrupted by the needs of his church.  In fact, many times a pastor has to return home early from a vacation for that reason.  He seldom is able to give attention to his family that they need.
A 2015 LifeWay Research survey of 1,500 pastors of evangelical churches revealed 84 percent said they are “on call” 24 hours a day. The survey showed 54 percent found the pastor’s role frequently overwhelming, and 48 percent said they often felt the demands of their job to be more than they could handle. And only 29 percent of churches have even considered having a sabbatical plan in place.  My guess is even fewer implement a plan.
If a pastor is loved, (and by pastor, I’m referring to all pastors—youth, children’s, music, evangelism, missions, etc.) the best way you can show your appreciation for a job well-done is to give him an extended, continual time of paid leave.  A time other than vacation.  You have no idea how a pastor needs to lay down his responsibilities for a time so he can rest and be renewed. He needs to be in a position of receiving ministry.  Genesis tells us that God worked six days and rested on the seventh.  He set the example for us.
If I could offer every church one piece of advice concerning their pastor, it would be this:  If your pastor has been in your church for seven years, give them a sabbatical and insist they take it!   Most pastors are selfless and will work until they drop—it’s just hard for them to turn everything off. You may have to insist they get away. I can promise most pastors would have more longevity in their churches, a more positive outlook, and more energy and focus if they were being sent on sabbaticals every seven years.
Posted by Becky Dietz at 3:10 AM No comments: 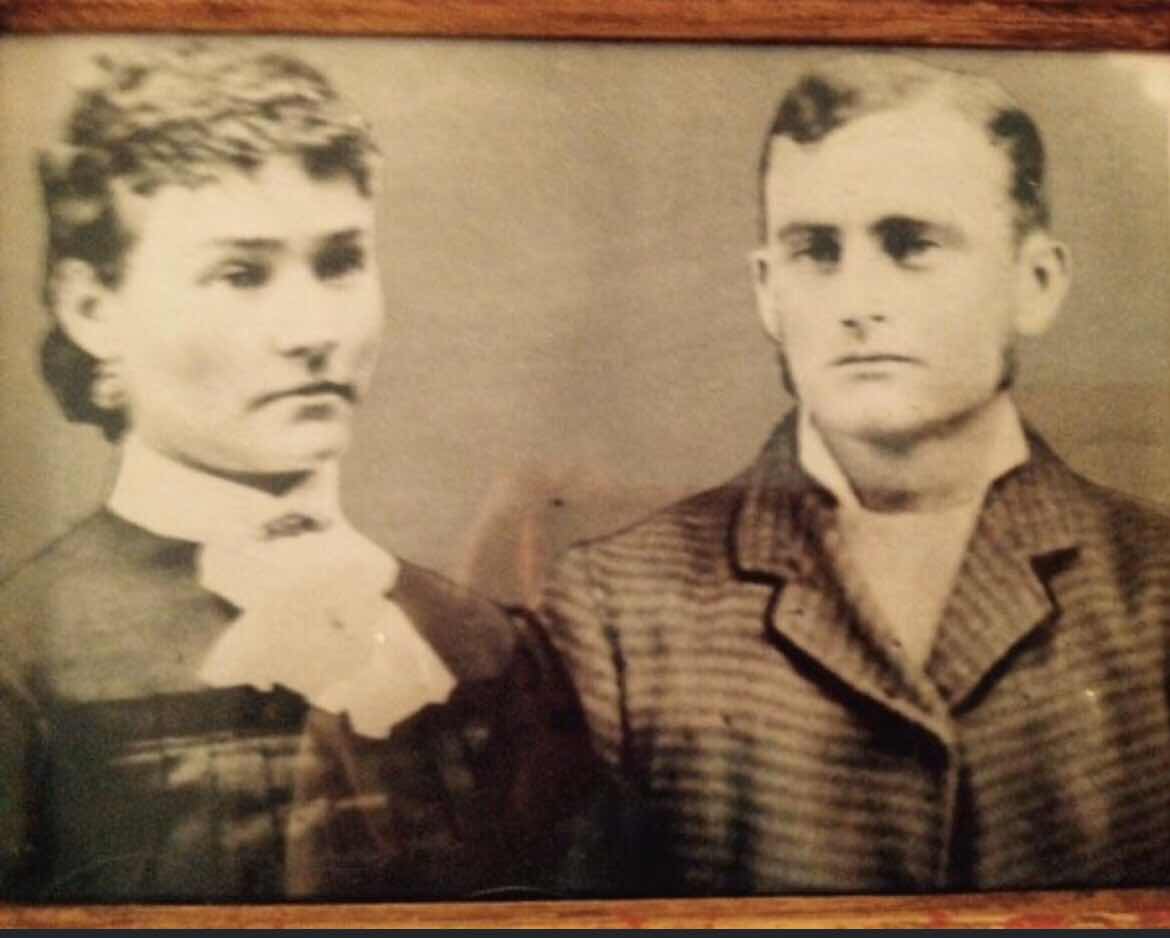 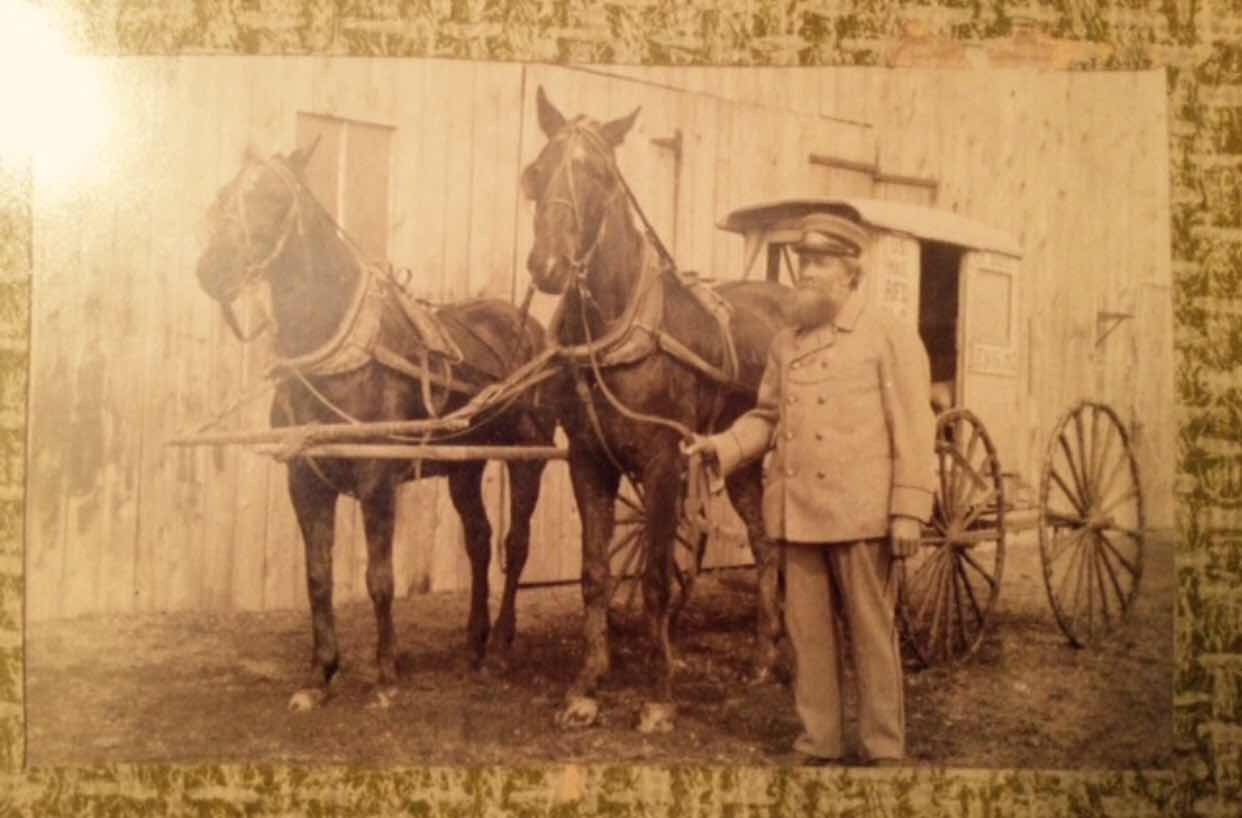 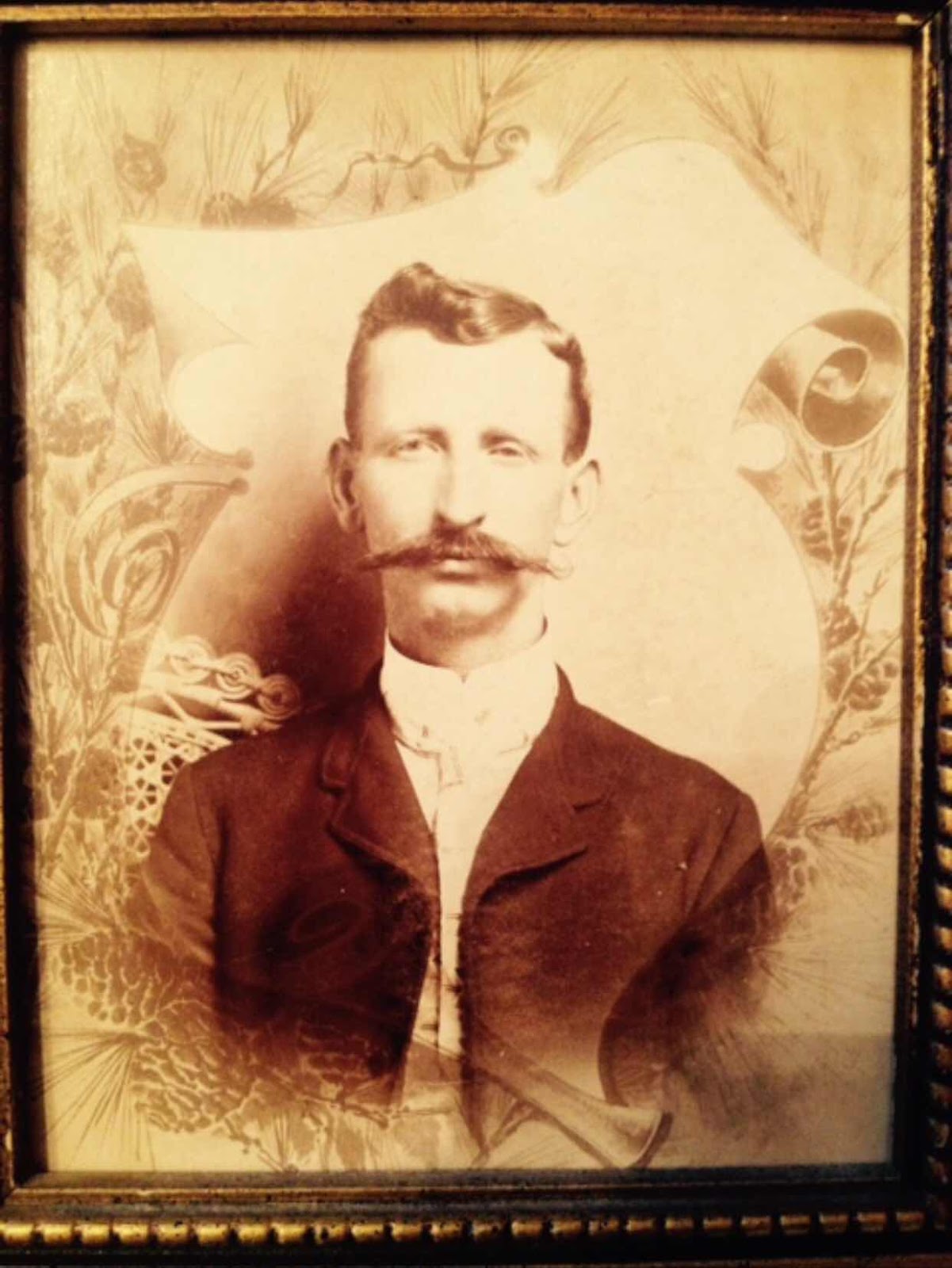 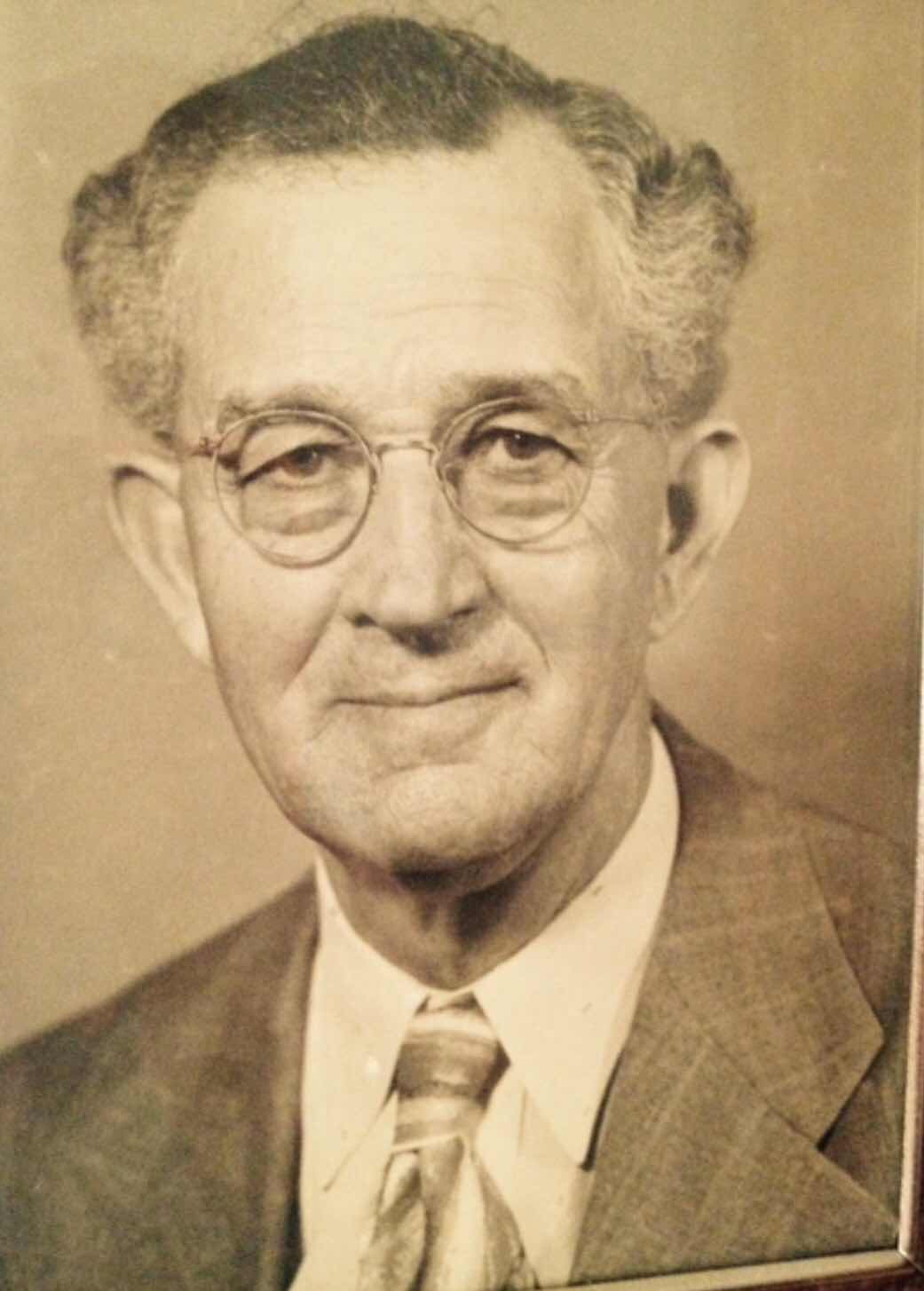 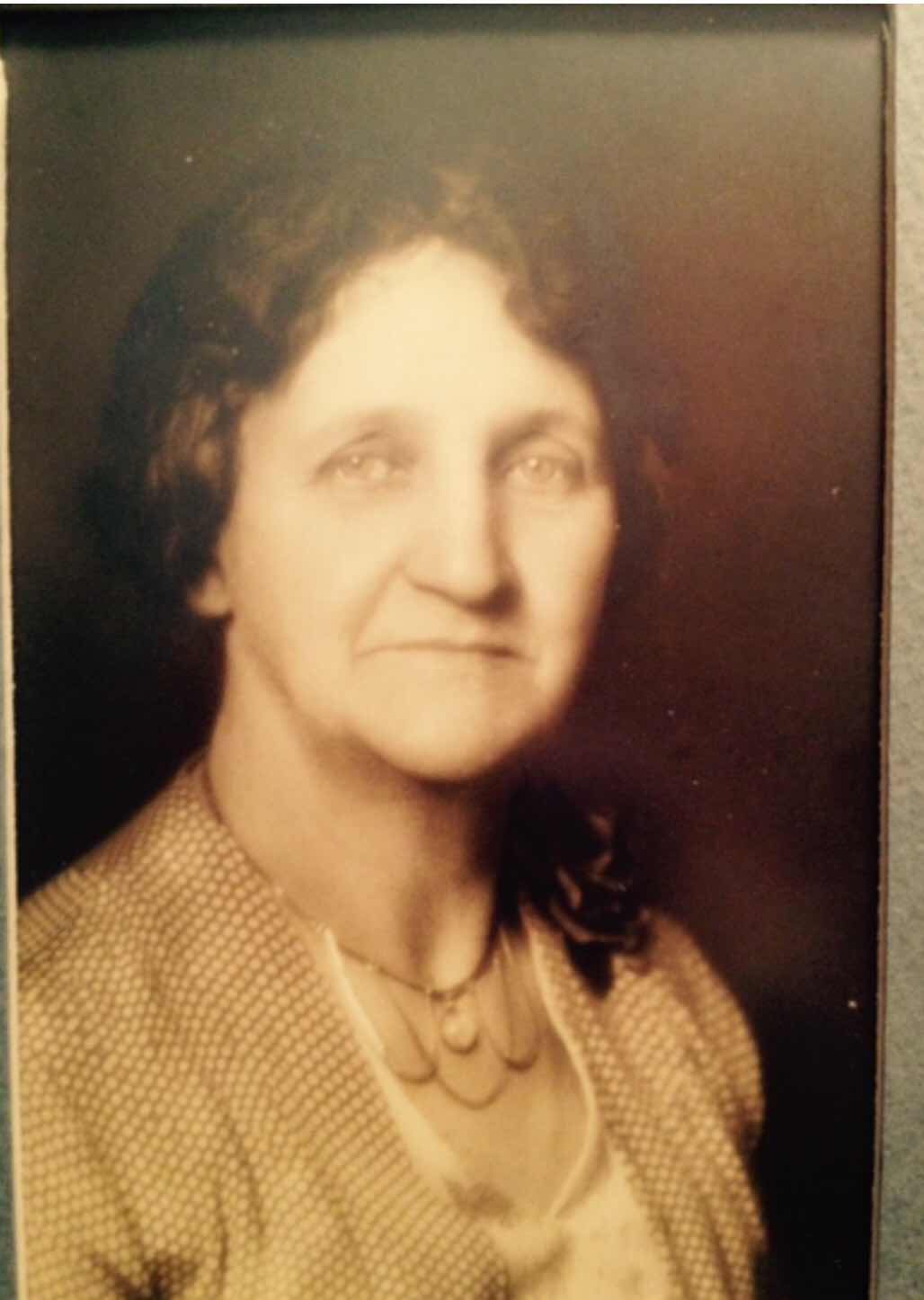 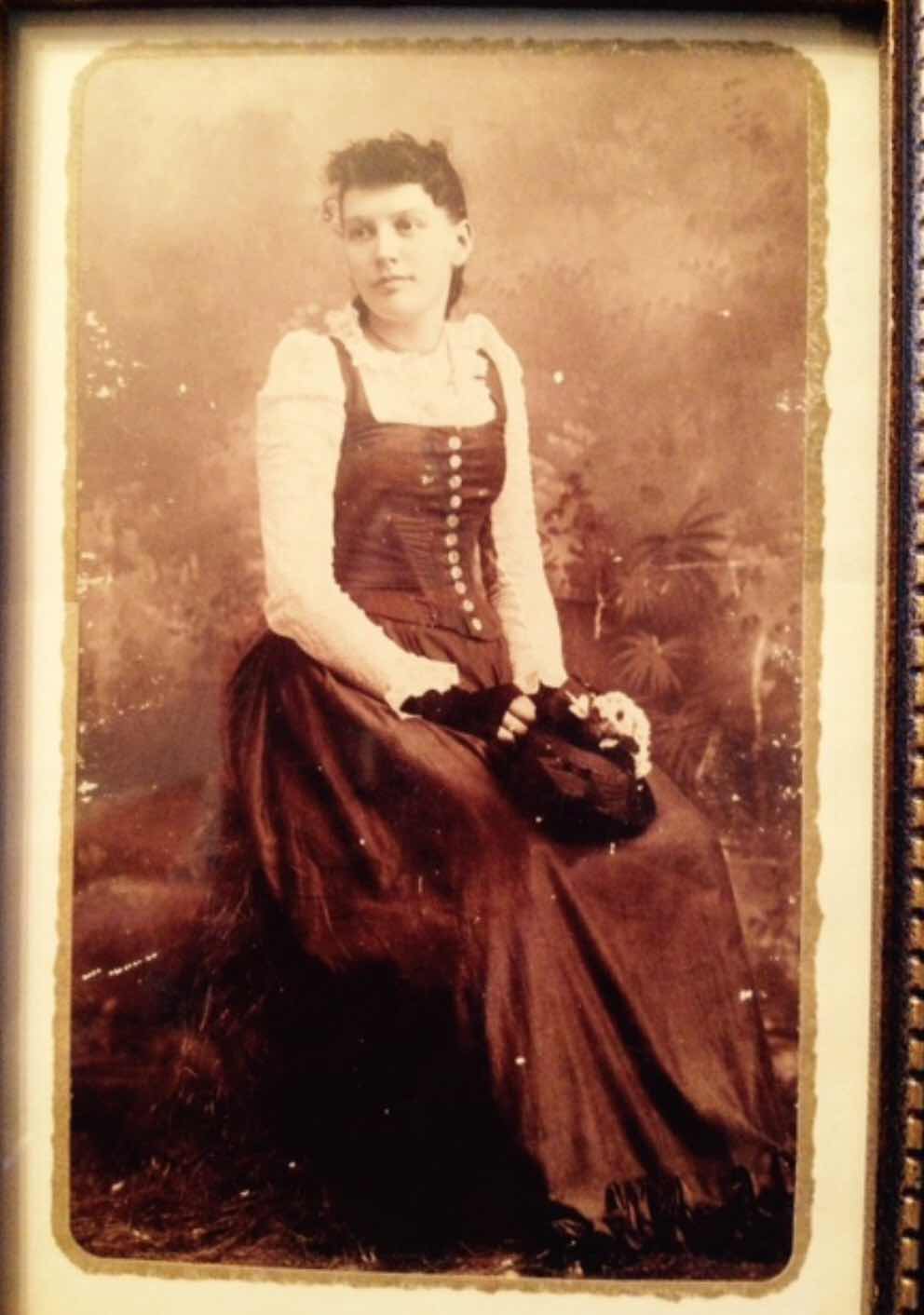 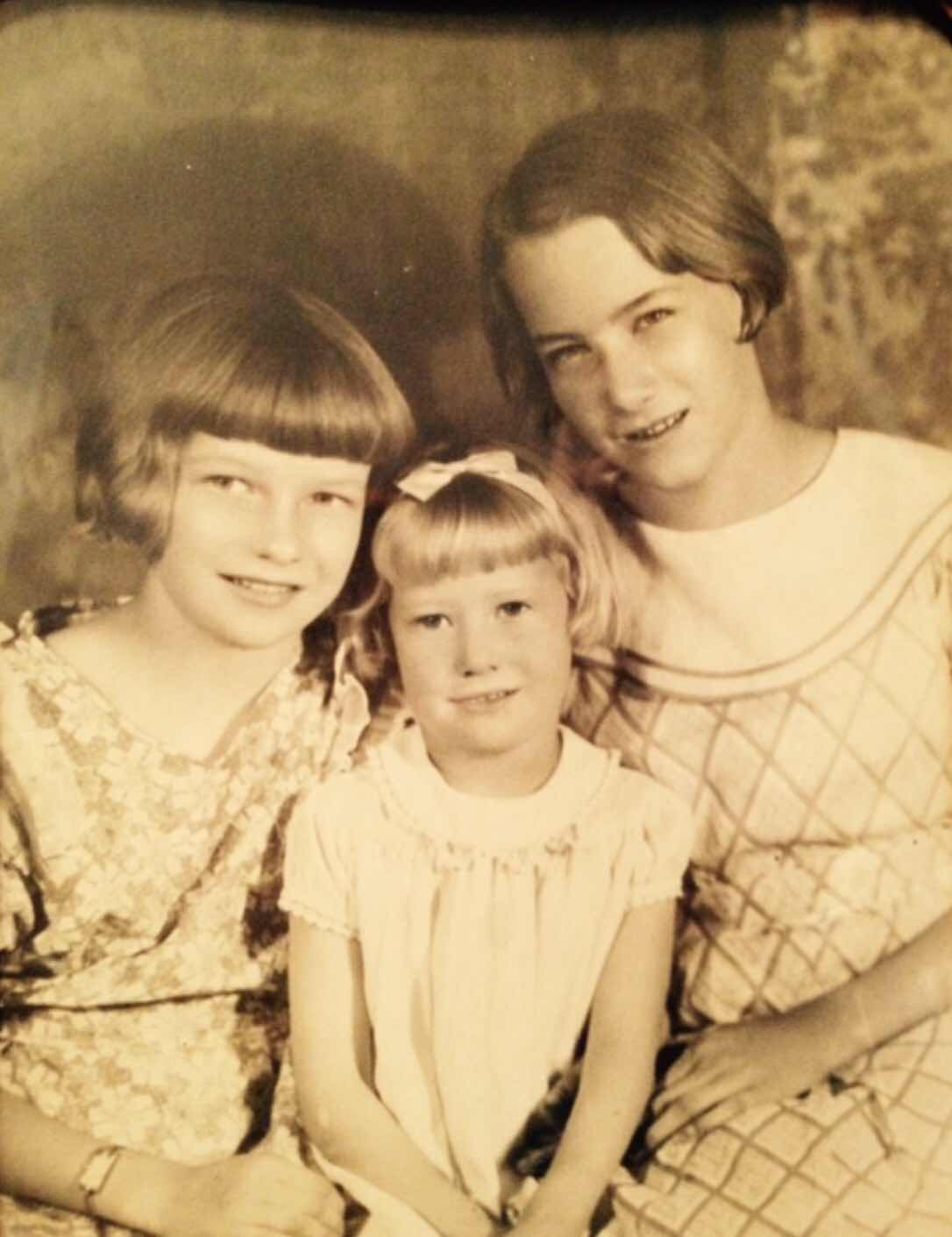 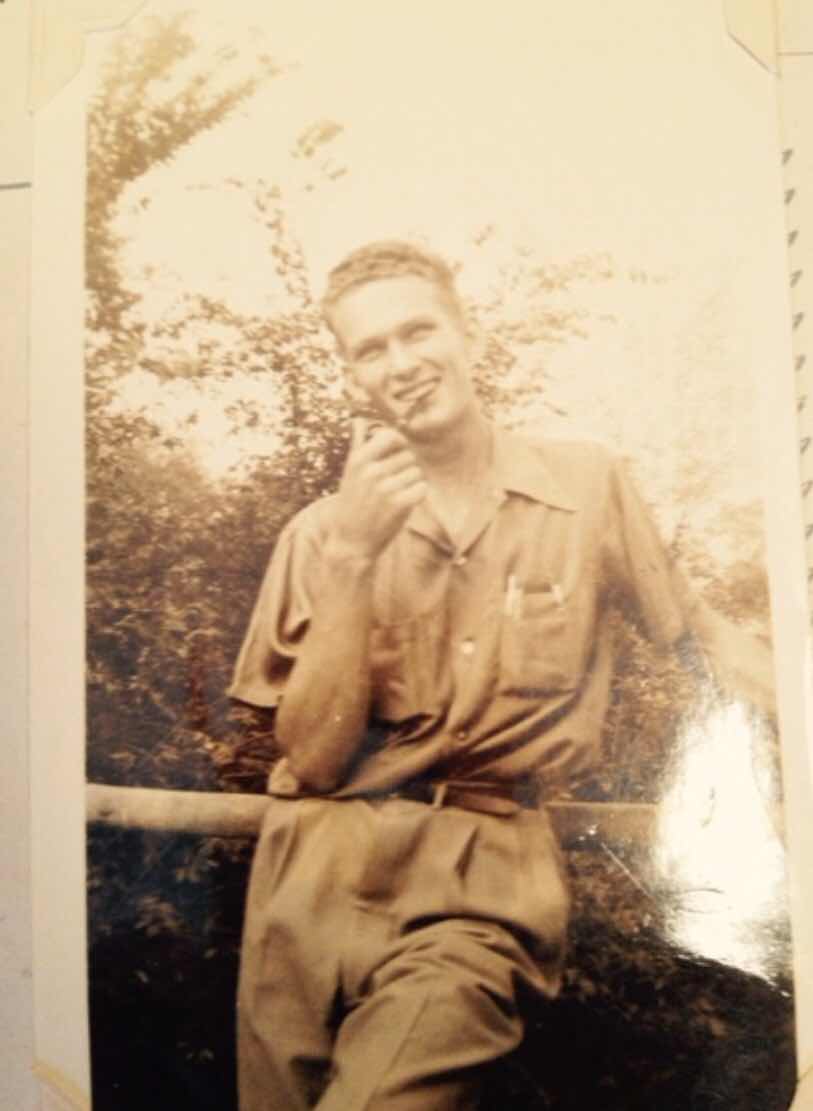 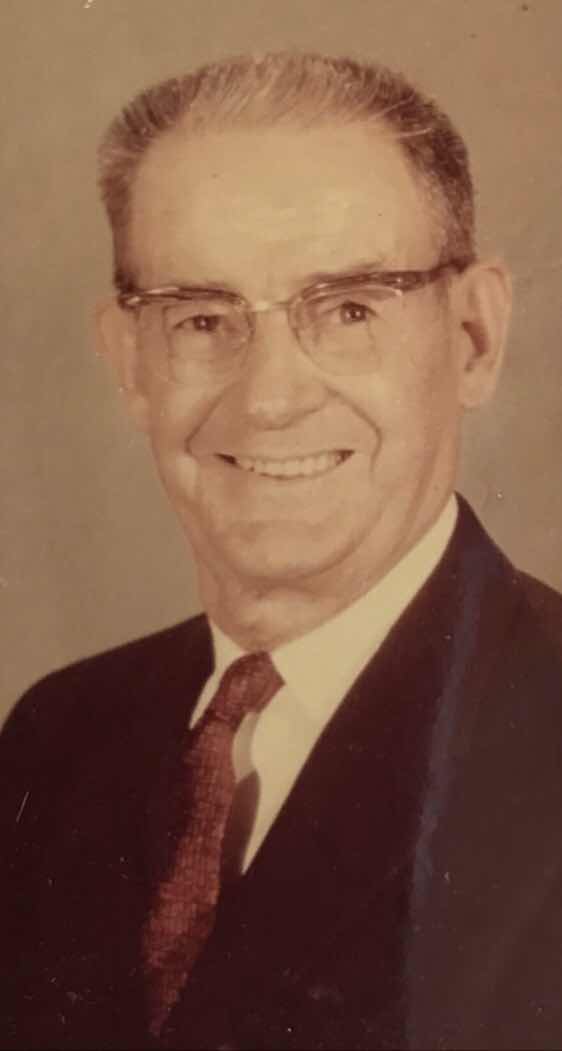 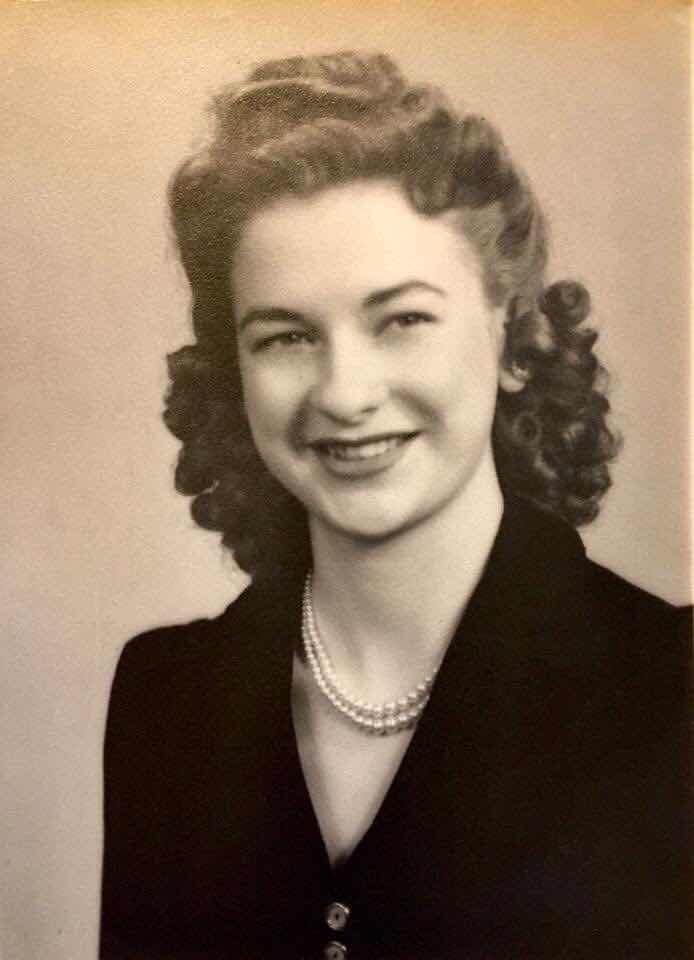 Women in Ministry by Paul Burleson

Too Old to Have a Baby! 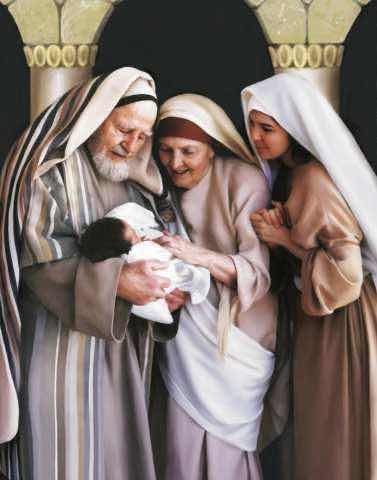 Too Old to Have a Baby!
This past Sunday, Jason Peters, our Sunday School teacher, was using Luke 1 and the story of Zacharias & Elizabeth in his lesson.  As he read the story, something jumped out at me!   Twice it says that Zacharias and his wife were aged—or advanced in years.  Gabriel tells him that his prayers have been heard and they will have a son.
Now if you’re advanced in years (and I’m assuming past baby-producing age), don’t you at some point quit praying and asking for a baby?   I’m almost 64-years-old and I can promise that would NOT be a request I’d still be making!!   It wasn’t that God didn’t hear all those years ago.   And it wasn’t that He was saying, “No!”   Oh no—God heard!  It was the fact that He had many pieces to this puzzle to put in place.  Mary (Elizabeth’s cousin and the mother of Jesus) had to be born and grow up.  God used those years to season and teach Zacharias and Elizabeth.  They remained righteous and blameless even when it seemed their prayers went unanswered. God wanted mature, godly overcoming parents to train John the Baptist who would become the forerunner of Jesus.
But when they were past their prime (or so they thought) and when their reproductive systems were dead...a miracle took place!   They had a baby!!!   And not just any baby—but the promised forerunner of the Messiah.
This should give all of us such HOPE!!  What prayer has gone unanswered in your life?  Did He really say no?   Could it be that God is having to put many things in place?   Is He wanting to wait until everything seems dead so he can produce a living miracle?
Don’t give up hope!   And in the meantime, worship God and live righteously before Him.
Posted by Becky Dietz at 8:37 AM No comments: 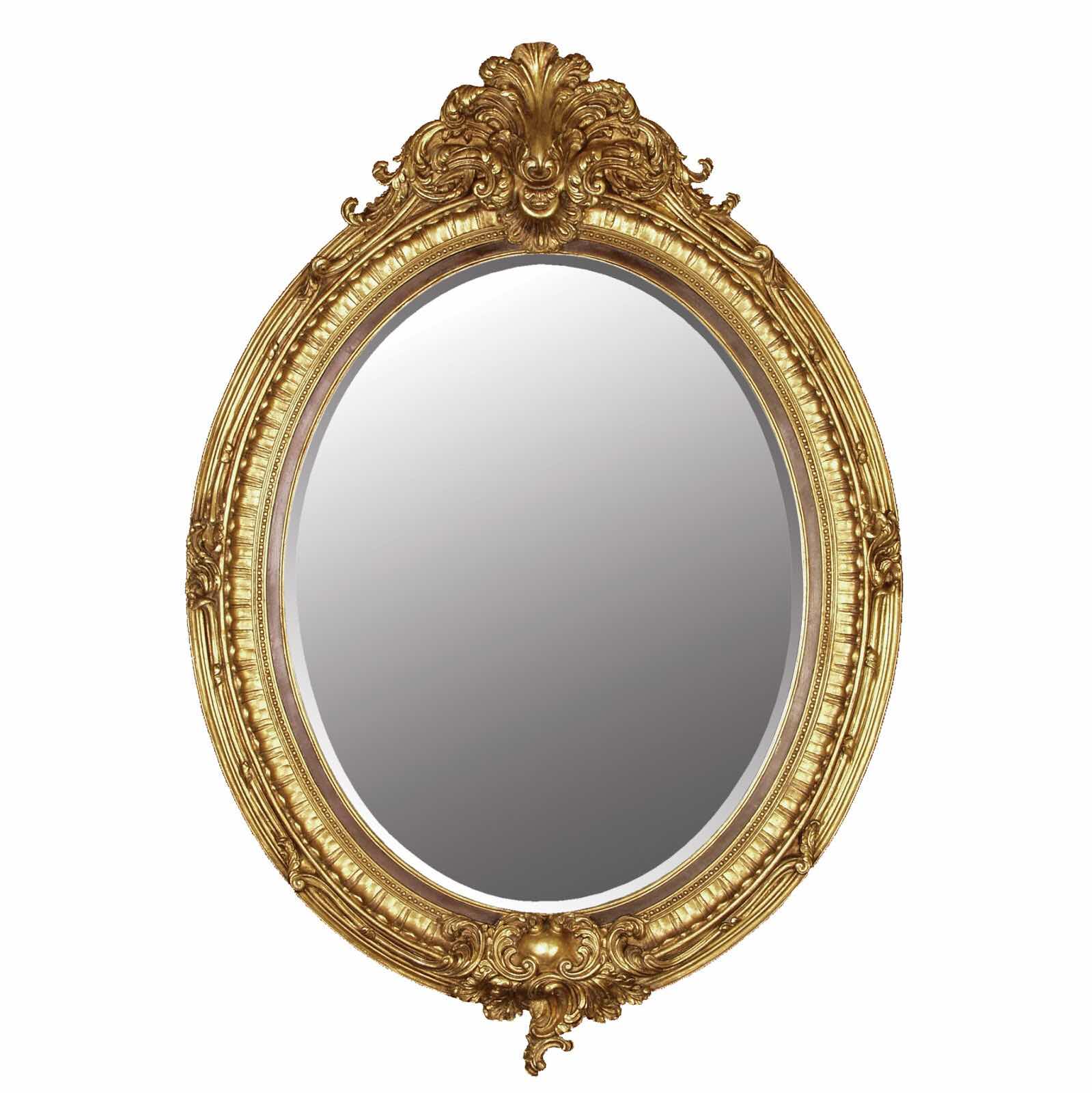 Have you read this verse and thought about it?  "As water reflects the face, so the heart reflects one person to another."  Proverbs 27:19
I can't tell you the number of times I've gotten aggravated with someone over their idiosyncrasies, habits, flesh, or sin. I might have even gone on a rampage or two because of them.  But God, in His faithfulness, has been quick to point out the same things in my own life.  It's humbling, to say the least.
And then there’s the passage in Matthew 7:1-5 which tells us not to judge or the same judgement will be given to us. The insinuation in this passage is that it’s made of the same substance.  We’re not to try to get the splinter out of someone’s eye until we’ve gotten the plank out of ours.  Again...the same substance.
Yesterday, I was angry over a situation where I felt someone had undervalued me.  I stewed about it for 24 hours.  And then I went to God. I began journaling all of my thoughts about the situation.  God didn’t say a word, but caused me to remember this principle He had taught me many years ago...and I chose to put the comparison mirror up in front of me.  Ouch!!  The very things of which I was accusing another were true in my own life.
It should be a red flag when we’re examining someone else’s life with a fine-toothed comb.  At that moment, we should hold up the mirror to our own hearts and allow the Spirit of God to examine us.  And anything that opposes God?   Uproot it!!  Ask for forgiveness.  And receive grace and extend that same grace to others.
Posted by Becky Dietz at 2:09 PM 1 comment: 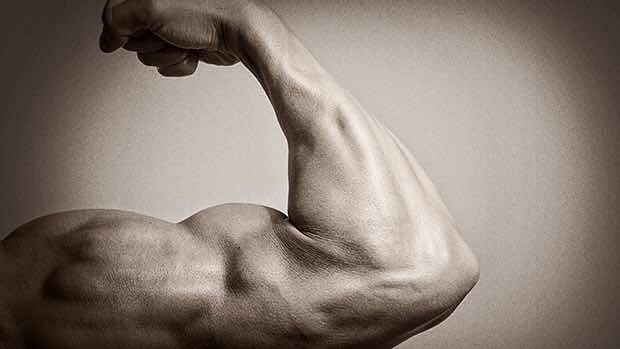 Spiritual Muscles
by Becky Dietz
Have you ever thought about how committed God is to making you strong?   As your father, he allows hard things in your life intentionally.  It isn’t to harm you.  Instead, it’s to build your spiritual muscles.  He is a good, good father and he stands ready to catch you at any point.  But as a good father, he knows that if your life is perfect, you’d probably never turn to him for help (or intimacy) and you would fall apart at the slightest problem.
Romans 5:3-4 says, “And not only that, but we also glory in tribulations, knowing that tribulation produces perseverance; and perseverance, character; and character, hope.”  Tribulation or trials or problems are the way we get to perseverance.  Perseverance means to endure, to have tenacity, backbone, dedication, steadfastness.  And those things produce character.  God delights in good character—having a good name is to be chosen over riches!   You’ve become purposeful and intent—and manage your life well—when you have character.  Character delivers hope.  You have hope because you’ve overcome!   Because you’ve endured and persevered, you know the steadfastness and faithfulness of your good, good father.  You know he won’t leave you.  As you press in to him during those trials, he presses in to strengthen your spiritual muscles!   His whole goal is to strengthen you through the process and for you to intimately know his good character.
It’s our nature to strive and chafe when persecutions, trials, or tribulations come.  But remember you have a father who is intentional in building your spiritual muscles.  And he allows exercises to strengthen you.  Embrace him.  Turn to him.  He’ll help you if you ask.  He’s a good, good father who wants nothing more than to fill your heart with hope!  His plan is very good.
Posted by Becky Dietz at 10:14 PM No comments: 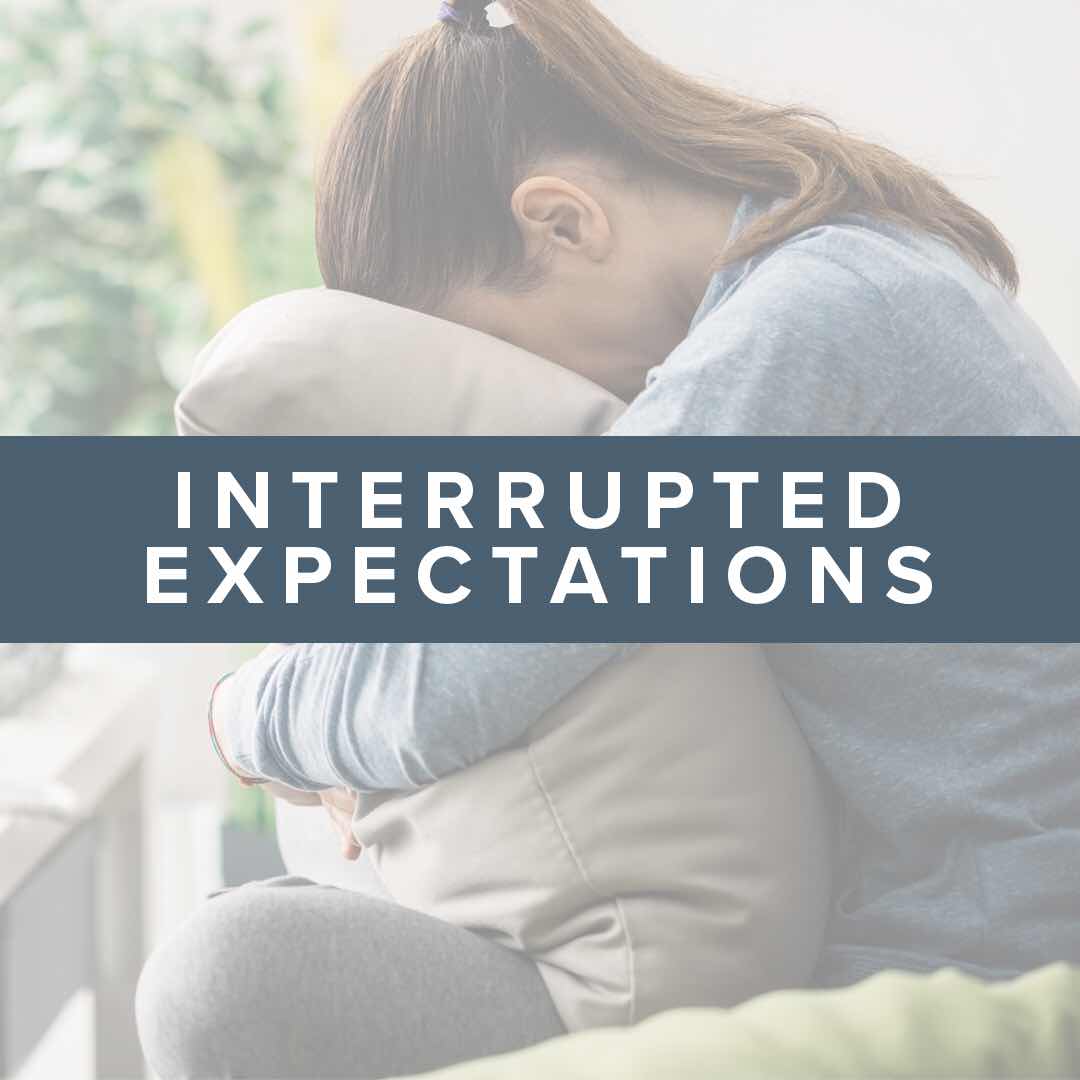 By Jan Stockdale
Interrupted Expectations
Psalms 34:18
The Lord is close to the brokenhearted and saves those who are crushed in spirit. 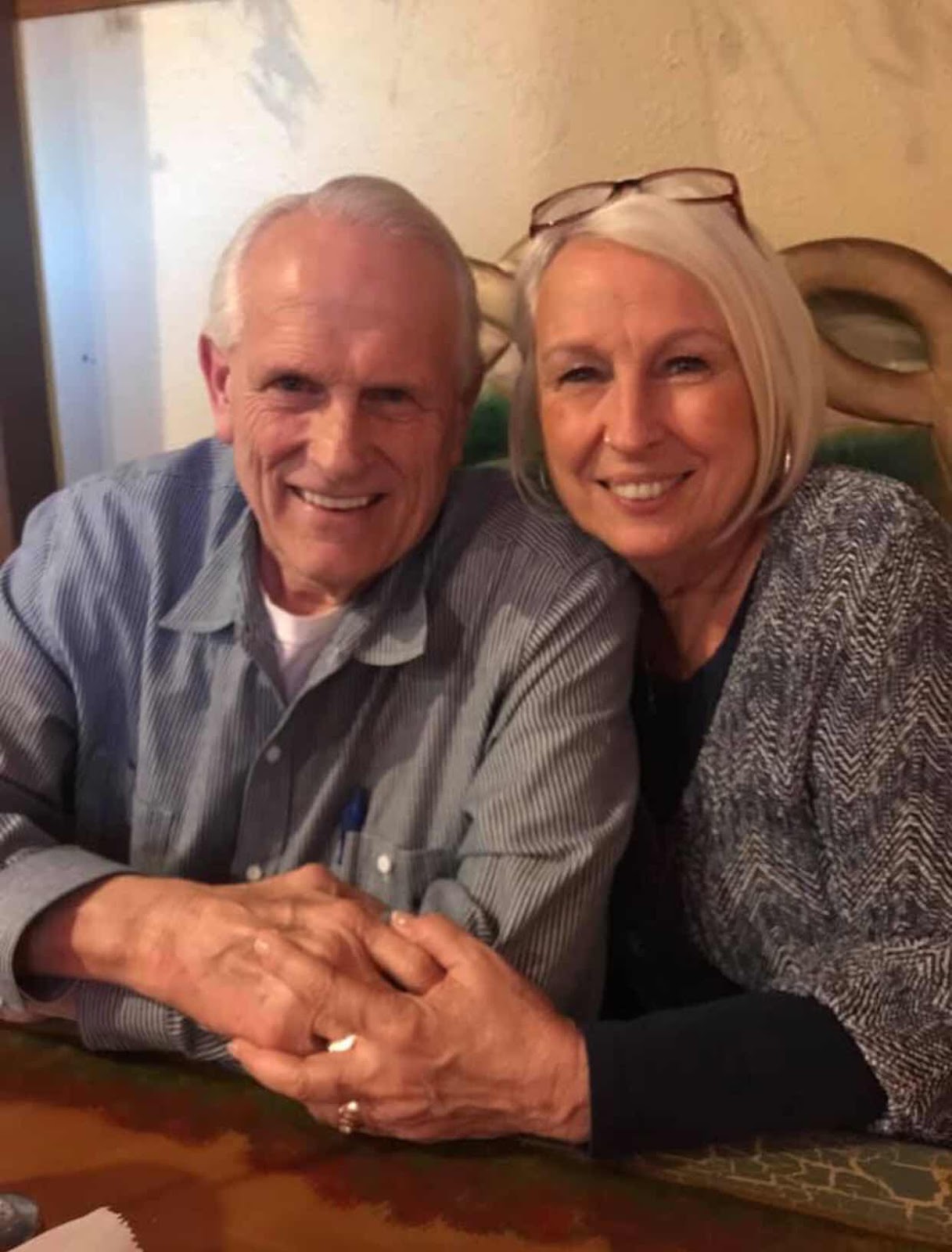 Becky Dietz
I am married to Andy Dietz, pastor of First Baptist Church, Groom, TX. We've been in the ministry for over 35 years. We have four grown children and 10 beautiful grandchildren! I write to share what God is teaching me (it's a continual work in progress!) and to open the window to my life and allow you to look in.